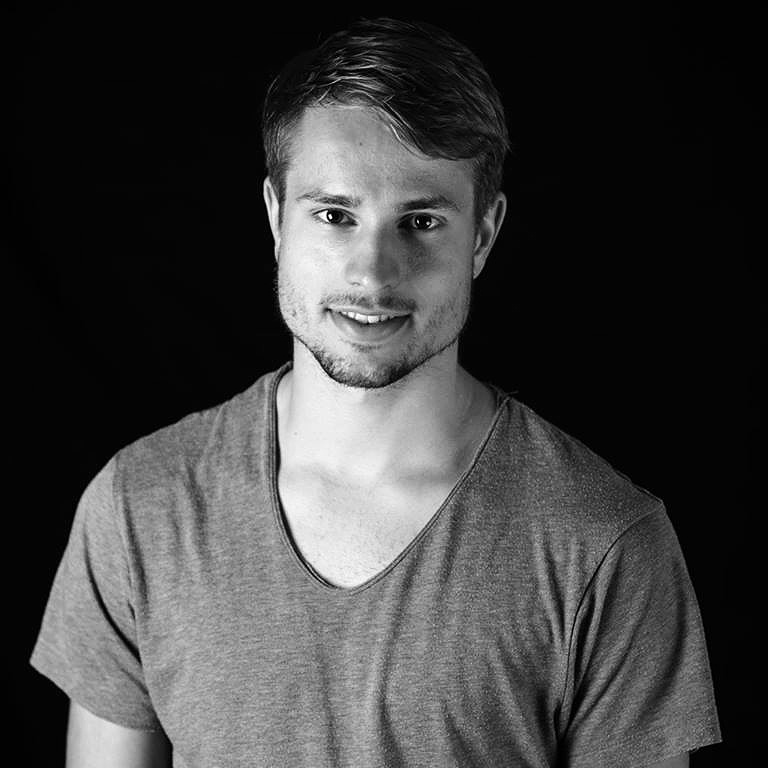 Born in The Netherlands, Tiemen graduated from CODARTS University of the Arts in Rotterdam. During his studies he performed pieces of Jiri Kylian and Steven Shropshire, and joined creations with choreographers Ben Wright, Juanjo Arques, Joeri Dubbe, Amos Ben-Tal and Kyle Abraham among others. After graduating he started his job at Theater Bielefeld for the season 17/18, working with Lali Ayguade, Simone Sandroni and Overhead Project. He is currenly working as part of the ensemble of Skånes Dansteater in Malmö, Sweden. As his own project Tiemen choreographered a duet on Shakerloops by John Adams commisioned by the Dutch String Guild,“Het Nederlands Strijkersgilde”for a tour in Holland during the summer of 2018.
Tiemen worked with Habemus Corpus for the production of AIRE in summer 2017.